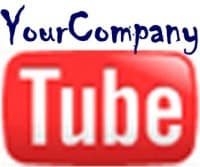 There was a time when social networks were the outcasts on the corporate agenda. Alternate identities in MySpace were banned by some companies and access to sites such as YouTube and Second Life was barred by company servers. Intranets were often dreary, boring places.

Now companies have actively embraced all forms of social networks, both outside to connect with the marketplace, and internally to retain the attention of staff.

Budweiser’s BudTV has embraced a new generation of 20-somethings with risqué entertainment targeted at young beer-drinkers. Unilever and P&G take pride in sites dedicated to user-generated commercials a la YouTube.

Almost every significant product and service is now available through channels in Second Life. Anyone can now make phone calls to real-world customers and partners from the virtual world. It is estimated that by next year, SL’s revenues could exceed one billion dollars.

Sometimes it’s difficult to tell exactly where the information and support are coming from: from the real or virtual world; from your neighborhood or Bangalore. But customers don’t seem to care and love the new seamless contact.

While in-house networks have often been designed to increase new suggestions and ideas, the passionate human discussions that these in-house platforms have spawned have not been limited to politically correct corporate-speak.

Employees now readily vent their instant anger when things don’t go their way. Often it’s a rant for all to see, and for large-scale participation.

Budweiser experienced a new phenomenon of user-generated ads in the wake of their hugely successful ‘Wazzup’ campaign. Their web sites were flooded with grass-roots videos – in admiration and as spoofs. The customer became integral to the creation of the advertising message.

One of the ‘best’ Sony TV ads of the past few years was created by a customer. ‘Sony Transformation’ features a stereo system that shape-shifts its way into different electronics devices courtesy of mind-bending special effects.

Toyota and L’Oreal followed suit. Heinz took it to a whole new level with their ‘Top This!’ campaign.

If companies can get their customers to develop the kind of ads they want to see, what future is there for traditional advertising? With the technology so pervasive that everyone can submit their i-Report to CNN, where do we go next? And why should corporates not spice up their intranets based on the same participatory insights?

What will you do next?

Whatever you do, don’t ban what you don’t understand.

The first resolution to come out of the United Nations for the new year is somewhat startling. Poverty has been...
Read more

Pouring money into influencing the electorate to vote in a particular way has been endemic in all democratic societies. In...
Read more

THE NEW INFORMATION HAVES & HAVE NOTS

It’s been a long time coming, but the world has really crystallized dramatically around two extremes – the quest for...
Read more
View more insights