THE HYDROGEN ECONOMY IS HERE 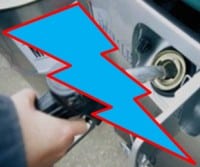 Hydrogen will be the dominant fuel of the future

After two decades of disappointment, hydrogen is finally becoming a viable fuel and source of energy for the world economy. The breakthroughs in innovation that have allowed hydrogen to come into its own both rely on nano-catalysts and solar power.

The first source of cheap hydrogen is the FireWater Electrolyzer, an efficient and effective device that uses ordinary solar panels to turn water into its two base elements – hydrogen and oxygen. The hydrogen is collected and put through a fuel cell to produce electricity, even when the sun isn’t shining. This process became viable, and affordable, with the amorphous metal catalysts devised by FireWater.

Another radical innovation boosting the hydrogen economy uses solar heat to ‘crack’ water molecules, generating large quantities of hydrogen. The Sun’s rays are concentrated by a massive field of mirrors onto a central solar tower; but instead of using this heat to drive steam turbines, another novel catalyst splits the water directly into hydrogen.

While both these processes were possible decades ago, the amount of energy required made them of little use. The new catalytic compounds have changed all that. Using ‘cheap’ metals, they boost the efficiency of electrolysis and lower the temperature of thermal cracking to the point that hydrogen production can easily be handled, just with available sunlight.

With abundant hydrogen, the cleanest fuel on the planet, energy-intensive economies can thrive, without harming the environment, or polluting the atmosphere. Welcome to the hydrogen economy!

The Hydrogen Economy makes a comeback
In 2005 it seemed that the hydrogen economy would be stillborn. Hydrogen is the purest form of energy, and when burned or used in fuel cells produces nothing more noxious than water vapour. But hydrogen was extremely difficult to produce, contain and use safely. Costs of infrastructure to make hydrogen mainstream were prohibitive, whereas methanol could be handled almost as easily as gasoline.
Hydrogen as a fuel is the most environmentally friendly approach of all. However, most economies are based primarily on energy, and hydrogen does not naturally occur as a resource – it has to be produced. From this perspective, hydrogen is a store or carrier of energy, and not a source. The question then arises of how to produce hydrogen – efficiently – and deliver nett energy. Hydrogen can be extracted from seawater by electrolysis, but this requires electrical energy. Then there is the energy cost of storing, packaging, transporting and consuming the hydrogen. Being an extremely small molecule, hydrogen leaks very easily, is difficult to contain and pressurize. Hydrogen is also highly explosive and unstable. So it’s best to convert that hydrogen to electricity in fuel cells, and deliver that energy to wherever it is needed.
Solar power can be used to extract hydrogen from water, but solar panels were expensive and required a lot of energy to produce. When China became the largest manufacturer of solar panels in 2012, the price of solar panels plummeted. Hydrogen can also be extracted from water by thermal cracking, but required very high temperatures, in the region of 1000C, to be effective.
Radical innovation in the development of catalysts changed the scenario for a hydrogen economy. Researchers at the University of Calgary developed a novel method for making catalysts using inexpensive metals. This made the production of hydrogen by electrolysis, using for example solar power, an affordable proposition.
At the same time, researchers at South Dakota School of Mines and Technology developed cheap ferrite catalysts that reduced the temperature required for thermal cracking to around 750C. Concentrated solar power (CSP) towers typically heat the central receiver to a temperature of 600-900C. With further development, it can be expected that CSP can be used for hydrogen production, making it a simple process to convert sunlight into hydrogen in large quantities.
Perhaps the hydrogen economy is just around the corner after all.

BIG 3 AUDIT FIRMS ON THE RACK?

At the London inauguration of the newly formed joint venture between the Global Auditing Systems Authority (GASA) and Google, Charles...
Read more

China’s success as the biggest producer of cars – mainly electric cars – the world has ever seen, has led...
Read more
View more insights