‘NEWSPAPER’ IS AN OXYMORON 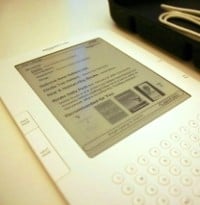 Paper it ain't and news has no value!

In 2009, Nicholas Carlson, an editor at website Silicon Alley Insider, calculated that it cost the New York Times about twice as much to print and deliver the newspaper over a year as it would cost to send each of its subscribers a brand new Amazon Kindle.

Why bother to send it out at all? The ‘paper’ edition of the news should be priced at US$50 a copy – a real luxury for the elite few who can afford it.

Google has become the world’s #1 news site and it creates no news. It appears that the only value to be derived from news is the advertising it can sell.

So, what is the future fate of ‘Newspapers’?

Already the New York Times, the Financial Times and the South China Morning Post are available solely via Kindle and its wireless clones integrated with mobile phones. Every surviving ‘newspaper’ is now desperately looking for new business models.

“The consumer will be the hands-down winner of this latest skirmish,” says technology futurist Doug Vining. “E-news readers are wirelessly connected and include a Twitter feed and blog favourites. Amazingly the ‘newspapers’ are actually fully embracing open media at last.”

In any event, even the most popular old-style news company, the Guardian Unlimited, admits that its most popular reads are not written by journalists but by bloggers, and their most popular items are not news feeds but user-submitted video streams.

The Guardian’s open content approach came on the heels of a similar move by the New York Times, heralding a new model for news – give away your content and send the advertising with it. But that’s just the beginning.

1990: Record newspaper sales
Newspaper sales hit record highs despite the tech boom. “Reports of our death have been somewhat exaggerated,” crowed one editor at last week’s annual conference of US Newspaper Editors in San Francisco. But online pundits urge caution, warning that a new generation of young people is growing up with screens as their primary source of information, and they are likely to abandon old-fashioned ink-on-paper newspapers. “The final word is not yet written,” says one commentator wryly.

2000: Online hits newspapers
Newspaper sales have started to show serious declines as a new generation of readers goes online. Many titles have attempted to bridge the gap by publishing on the web in addition to paper editions, but most newspaper management and editorial teams seem rooted in their print traditions and don’t fully grasp the mechanics of 24-hour-a-day web publishing. “They just don’t get it,” says Jason Senhill, a 19-year-old language student. “It’s not about using the web to support the newspaper. It’s understanding that the web IS the new newspaper!”

2004: Blogging rules
The fortunes of ‘dead-tree editions’ – newspapers printed on paper – continue to suffer as readers show a distinct preference for blogged news – news written by ordinary people in their online blogs, rather than the ‘official’ news produced by journalists in newspaper newsrooms. Some newspaper websites run blogged news, written by readers, alongside reports by the newspaper’s own journalists – and have been shocked by surveys that reveal that readers prefer the blogged news, from people just like them, often by a ratio as staggeringly high as five to one.

2008: Debt nightmare
The news from the newspaper industry in the last week has been disturbing. The New York Times is borrowing some US$ 225 million against its headquarters building to free up cash. The Tribune Company, which publishes The Los Angeles Times and The Chicago Tribune, has filed for Chapter 11 bankruptcy protection. The Miami Herald, and the Rocky Mountain News in Denver, have joined the list of newspapers that are up for sale.
The Rocky Mountain News is owned by the E.W. Scripps Company, which closed down The Albuquerque Tribune earlier this year after it failed to find a buyer, and there seems to be a good chance the Denver paper is headed for the same fate – New Mexico Independent, October 2008.

The two most popular e-books on the market, the Sony Reader and Amazon Kindle, are paperback book-sized devices that use first-generation black and white ‘e-ink’ displays. These consist of a plastic sheet containing pixel-sized voids, each filled with black and white ink particles. Electrostatic charges attract the ink to the top of these voids to display print. The problem is, the transistors that switch these charges on and off sit on a layer of glass, making the displays fragile.

Plastic Logic says it has now perfected a way of printing polymer transistors onto a layer of flexible plastic – allowing the screens to bend and bounce back. “Screen breakage is the number one complaint with today’s e-reader technology. Our display can take a lot of rough and tumble,” says Joe Eschbach of Plastic Logic.

Twitter is the latest new media phenomenon, and clever media moguls are soon connecting their newsrooms with Twitter feeds to their readers, and from their reporters. Publishers experiment with giving away electronic versions for ‘whatever you want to pay’ or nothing at all.

Newspapers give online access to their archives to third parties – for free. “Paper is dying, but it’s just a device,” says Nick Bilton, an editor in the New York Times R&D lab. “Replacing it with pixels is a better experience.”

2010: Newspapers go ‘E’
A number of major newspapers have abandoned cripplingly expensive printing and distribution of paper copies, and are instead providing their subscribers with free customized electronic readers. These update automatically 24-hours-a-day, and also enable subscribers to download books, music and movies, as well as scan targeted advertising, and respond instantly to any offer that interests them.
“The savings in newsprint, production and distribution far outweigh the cost of the device, and the ongoing cost of keeping it updated,” delegates to an international newspaper conference in Barcelona were told this week. “This is the shape of the future for newspapers.”
Whether this is simply a desperate tactic to stave off the demise of print titles, or whether this will indeed usher in a new era for newspapers remains to be seen. “I’m optimistic,” said Boston Post Editor Ronald Mitchum. “The tipping point is that we all now realize news is 24-hours-a-day, and that producing a paper edition is a tiny part of the business. The readers still trust us for the credibility our brand has represented for many decades, and the fact we can deliver it instantly, and accept feedback, opens new doors. That’s our saving grace. This is the future.”

Turkey’s accession to the EU is in doubt as rioting continues in Istanbul for the third week with red-rimmed images...
Read more

On the train this morning I downloaded a complete copy of The Times onto my phone and then folded out...
Read more
View more insights